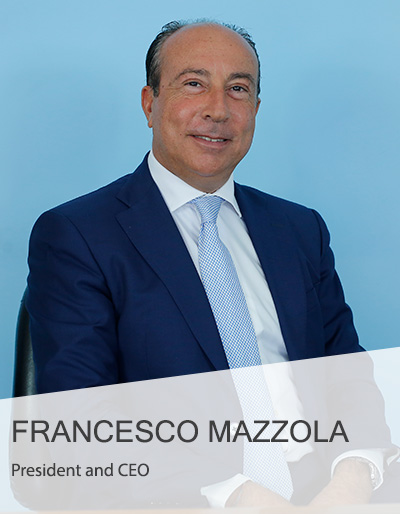 President and Chief Executive Officer in T.net S.p.A, Francesco Mazzola is also IEEE Senior Member, IEEE Intelligent Transportation Society and Comsoc. He graduated in Electronic Engineering at the Politecnico di Milano in Italy and attended several postgraduate degree programs. He has leaded T.net into ambitious projects, such as the Oncology Network of Eastern Sicily, whose project received in 2008 in Cernobbio (Italy) the award as an Excellence in Health Digital Information Systems while in 2014, an advanced Hybrid Cloud Project became an Emear Case Study of Cisco Systems. Since 2007 he has been working on cognitive computing, machine learning (HIS, Pollution Air Modeling) and Software Defined Network development.

In 2015 Francesco Mazzola started the IoT Business Unit of T.net and he is actually involved in building the Middleware Infrastructure and developing the Software Defined Radio to let IoT Sensors talking efficiently to ITS in Smart Road and Smart City context optimizing V2X Communications. He is also Tech Leader with the University of Catania (IT) in a Smart Farm (Precision Lifestock Farming) Internet of Things Solution and Application named “CowTech”. Keynoter in several Intelligent Transportation Systems Conferences and Events, he is also Senior Member at IEEE and Architecture Leader in the IEEE Smart Cities Working Group. 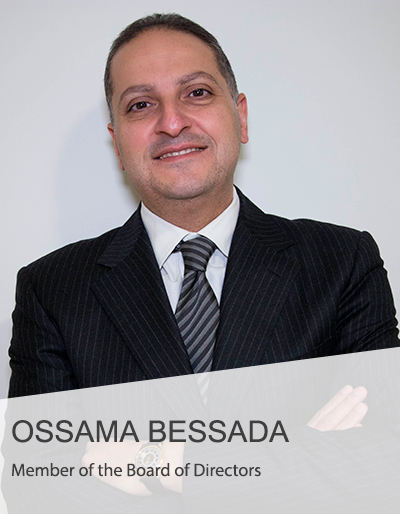 Member of the Board of Directors of T.net S.p.A., Ossama Bessada is Managing Partner in Accelero Capital and CEO of Queanet Inc. He holds a Bachelor degree in telecommunication engineering and a Master in Business Administration. Bessada has over 21 years of experience in the telecom field: he was Group Executive Vice President, Head of the Europe and North America business unit of VimpelCom Ltd and CEO of Wind Telecomunicazioni S.p.A. Combining a clear strategic vision for the company with strong leadership and management capability, Bessada has led Wind Italy into its next step of evolution. Under his leadership, Wind Italy has undergone a complete reorganization resulting in a more customer-centric focus and the creation of four operative Business Units directly controlling all the key operational levers (marketing, sales and customer care) enabling the company to now successfully compete in the market.

From 2006 to 2008 he was Chief Commercial Officer of Orascom Telecom Holding S.A.E. and Wind Telecom S.p.A. During his tenure, he led the commercial strategy of the Group, resulting in profitable growth whereby the Group’s revenues and subscribers base grew significantly. Previously, he held the post of Development Director of GSM Services where he was responsible for the product development strategies for Data & VAS for OTH. He also contributed to the successful launch of a number of major operational start-ups in particular as Commercial Director of Syriatel and later as Marketing Director of Orascom Telecom Algeria. 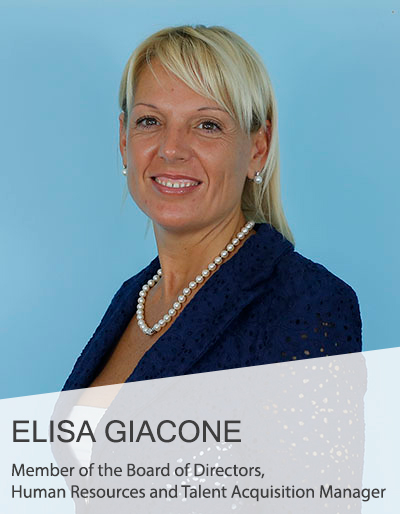 Member of the Board of Directors of T.net S.p.A., Elisa Giacone is also Business Partner, Founder and Human Resources Manager of the company, in addition to General Manager of AntonVictor Investment. Elisa Giacone is Labour Consultant since 2001 and she deals with Human Resources since 1997. From 1998 to 2000 she was HR Manager for Air Sicilia S.p.A. managing more than 250 employees and dealing with recruitment and layoff aspects. From 2000 to 2002 Elisa Giacone is the Coordinator of the Operative Sectors of Cities On Line S.p.A., organising human resources activities and contributing to the organisational success of the company.

Since 2002, from its foundation, she works for T.net S.p.A. as Human Resources and Talent Acquisition Manager: thanks to her job, the company can count on talented professionals that contribute to the accomplishment of executive high-quality projects.