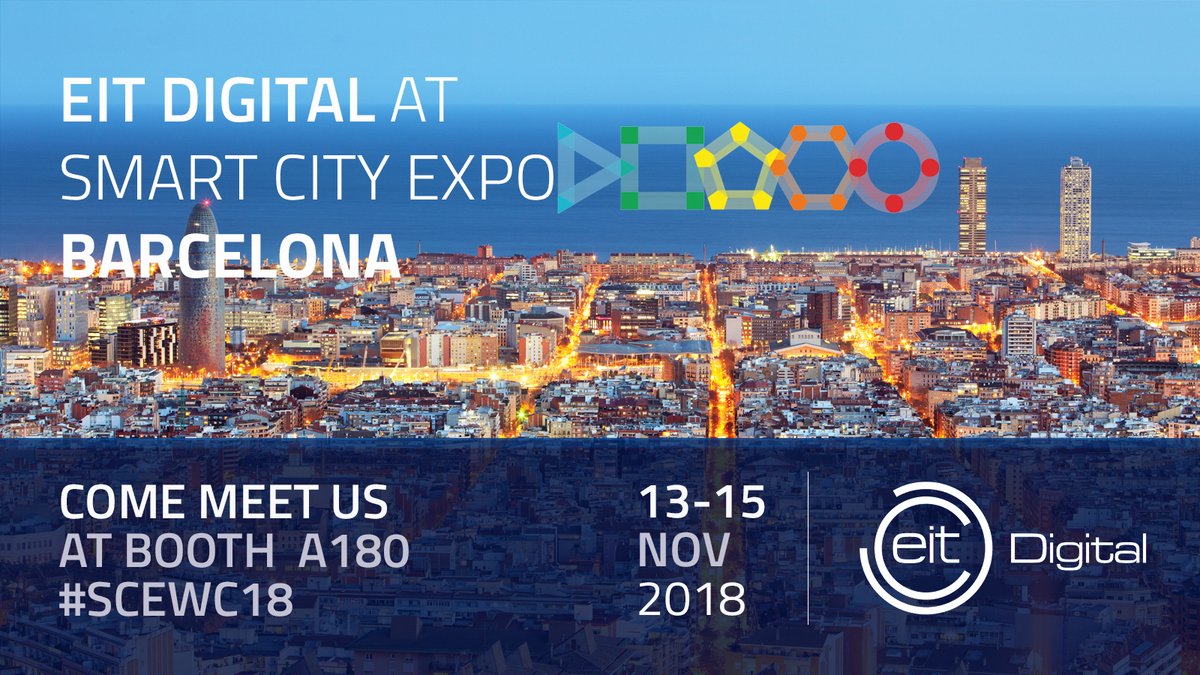 Posted at 09:01h in Business eng by Giorgio Pennisi

Smart City Expo World Congress (SCEWC), the event for cities organized by Fira de Barcelona, will gather in its eighth edition representatives of more than 700 cities from the five continents and over 100 mayors. The event, which will take place from November 13 to 15 at the Gran Via venue, will feature major capitals such as Amsterdam, Athens, Atlanta, Berlin, Brussels, Chicago, Copenhagen, Stockholm, Geneva, New York, Rome, London or Yokohama that will analyze how to undertake initiatives that seek to transform cities into places in which to make the lives of their citizens better.

T.net will be present at SCEWC, thanks to EIT Digital, European accelerator that our company joined some months ago. For the third year in a row, EIT Digital is exhibiting at SCEWC and will proudly present to the thousands of visitors its 2018 supported scaleups and Innovation Activities on Digital Cities

Eit Digital Cities booth, where also T.net will be, is the A180. Come and visit us!

T.net is the partner of your business today and tomorrow, helping you to grow and to support your processes based on actual needs and in a scalable way.

T.net is Infrastructure and IT Engineering for your innovation.